The Pallet Foundation funded a graduate student at Virginia Tech to acquire key market information and information on raw material usage for the wood pallet and container industry in 2016, and historical trends in the wood pallet market between 1991-2016.

The industry market study surveyed both manufacturers and recyclers of wood pallets, as well as brokers, asking several questions related to production, material usage, and other business practices related to the 2016 fiscal year.

The size of the overall industry shows that an estimated 849 million pallets (508 million new and 341 million recycled) were produced in 2016. In comparison to 2011 (the last year of recorded data), these estimations represent a 14% growth in overall production, with a 22% and 5% growth in new and recycled production, respectively. These numbers reflect the continued growth that has occurred through the years as the economy continues to pick up after the 2008 downturn.

Overall, the production estimates represent approximately 43% and 15% of total hardwood and softwood lumber produced in the U.S., respectively. The popularity of the most typical pallet footprints indicates a similar trend seen in prior studies. The 48×40 pallet (35% of pallets) is the most popular dimensional pallet, and by a wide margin, but the predominant pallet size is the “other” category, indicating that custom pallets (39% of pallets) are the most widely used pallets in the U.S. When compared to prior studies, the difference between these two categories is smaller, which suggests that the industry may be becoming more standardized that it has in the past.

The research has been peer reviewed and published in BioResources Journal.

The Pallet Foundation funds projects, such as the pallet market survey, to benefit the entire. This research was conducted in collaboration with three prominent groups: Virginia Tech, National Wooden Pallet & Container Association, and the U.S. Forest Service.

The respective staff leads who provided oversight and co-authored this article are: 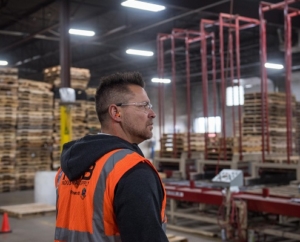 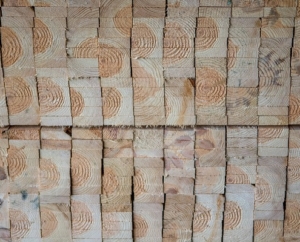 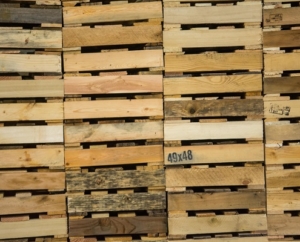 Wood packaging in the 21st century is poised to make a greater impact in the practice of sustainable supply chains and the worldwide concerns regarding climate change. The Pallet Foundation is our industry’s instrument to help develop meaningful data and insights through the funding of research and the discovery of new benefits in the use of wood packaging as it moves the world.

From its beginning the Foundation has achieved its goal of becoming the pallet industry resource for educational outrepch, science, tech and safety. We have seen great success with the Pallet Design System, Nature’s Packaging, and environment product declaration. These examples will carry the legacy, power and the future success of the Foundation and pallet industry.

The vision and strategic positioning of our Trustees to elevate our industry’s role in solving some of the world’s most complex societal problems has been inspirational. Thanks to research by the Foundation, wood packaging is widely known as the most durable, sustainable, carbon-friendly, and essential transport tool in our supply chain.

Our partnerships with well-known and trusted groups play an essential role in each project funded by the Foundation. They validate our work. And through the Foundation’s education efforts, our businesses are given the resources needed to sustain and advance our business and the industry.

With the fantastic growth of the Pallet Foundation, we are in a position to fund education and research projects critical to the pallet industry. These are projects that as individual companies we could not afford to fund on our own. Through the generosity of our donors, we have the resources to make a difference today, and for the future of this industry.

Supporting the Pallet Foundation should be a priority for all wooden pallet and container manufacturers, brokers, recyclers, and suppliers. It is the one strong voice that unites us all. It tells the story about the amazing benefits to the economy and environment that wood packaging provides worldwide. Having the funds to educate, conduct research, and promote the benefits of wood will only strengthen our businesses and this industry.

The Pallet Foundation has come a long way since its inception. The ability to fund multiple projects at such a high standard gives our industry the support it needs to maintain its prominence in shipping platforms and material handling.

The Pallet Foundation is the only foundation of its kind that is exclusively designed to help many facets of the wood pallet Industry. Studying different kinds of wood to make pallets, predicting pallet performances under countless unit loads, exploring machinery that helps you with production are all projects the foundation has supported. There is NOTHING else like the Pallet Foundation. Show your support to this pivotal foundation, our future depends on it.

The fantastic support from our donors helps bolster the future of our industry. There are great opportunities to expand research and testing of the Pallet Design System and to fund projects that benefit our impact on local economies and the sustainability of wood packaging.

Thanks to the generosity of our industry, this is an exciting time to be working with the Pallet Foundation. We approve funding for scientific research projects in pallet design technology and provide the necessary tools to spearhead messaging initiatives that wood is the most sustainable material.

Participation in the Foundation is a commitment to the future of our industry. The Foundation continues to advance pallet design through PDS and engagement with academics. The Foundation has also greatly influenced packaging design programs around the country, and now the world, by providing outreach and support for design-based curriculums.

In looking at our Founder’s vision, I’m so proud of where we are today. Tomorrow, we have much more to achieve. Like our predecessors, the work must continue to secure the future growth of our industry, and support of the Pallet Foundation is as critical now as ever.

The Foundation has been instrumental in funding the advancements in PDS™ software, making it the international standard in pallet design. Additional projects such as the landfill avoidance study, Natures Packaging, and the critical EPD study, raise our industry’s profile even higher as the “go-to” resource in the supply chain. I can’t imagine advancing our industry without the additional support of the Pallet Foundation.

The Pallet Foundation is a true representation of the dedication to the industry by its members, producers, users, and supporting businesses. Everyone’s investments into the foundation have allowed it to fund and support important programs that benefit the wood packaging industry worldwide.

Our volunteer Trustees willingly and generously share their time, treasure, and talents to benefit the entire industry. It takes hard work and a team effort to create change, and I’m honored to be a part of this group of people who are committed to the betterment of the wood packaging industry.

There is a lot of required research needed to maintain our competitive advantage in the industrial products packaging arena. The Pallet Foundation is integral in funding research that grows the Pallet Design System platform, among other needs. Annual contributions go towards ensuring the continued success as an industry.

The high-quality level of the projects we fund has given every pallet company the tools they need to better their business. And the money raised for the Foundation will continue to enhance existing projects, as well as fund new proposals that strengthen our industry.

Key environmental research projects, such as landfill avoidance and the environmental product declaration, set wooden pallets apart from the rest. The results have been an indispensable tool for everyone. Wooden pallets do more than just move the world; they create a greener supply chain too.

We are funding the projects that matter the most to our business. We educate our customers and the population on how pallets move the world most sustainably. The results are astounding, and I’m so honored to be a Trustee of the Pallet Foundation.

The tools provided by the Foundation have given my company the ability to close sales more quickly. The engineering behind PDS, the graphics, strength, and durability analyses allow my customers to confidently compare alternative designs and ultimately save costs. This documented proof further validates that wooden pallets are the best shipping platforms, not only for our customers but for the environment.

Our greatest asset is our ability to work collectively on initiatives that make a difference. We can show our government officials the impact our industry has on the economy and the environment. Our innovative work in the Pallet Design System, Nature Packaging, is unmatched. I’m so proud to be a part of this group.

The Pallet Foundation invests in the future development of the wood packaging industry. The research is critical to our business and necessary to achieve our sustainability goals. The Foundation works to ensure the future growth of our industry.